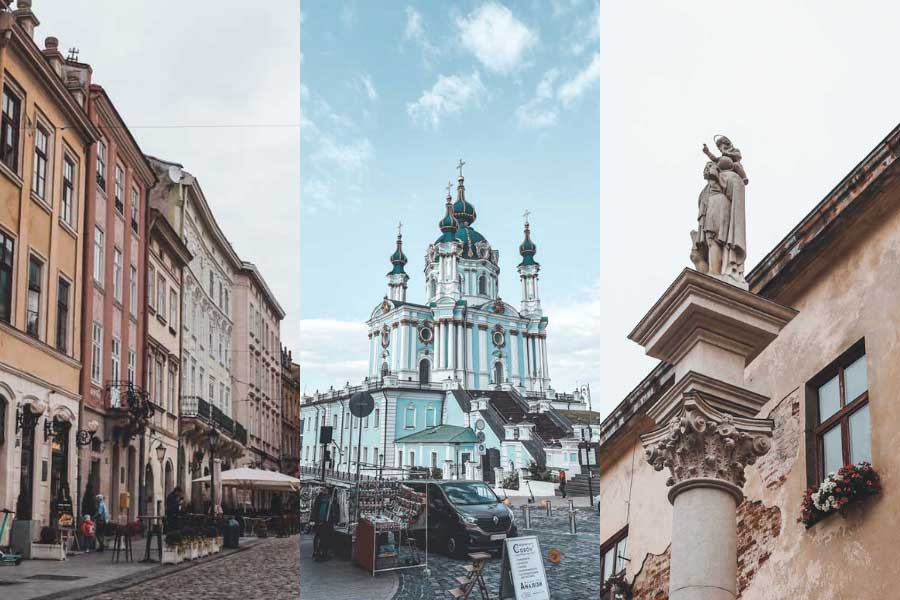 As I am writing this post it is February 2022 and Russia is invading Ukraine.

Lately, I haven’t felt inspired to write about anything. I’m so crushed by what is happening and the potential fate of a country I love so dearly.

I feel incredibly fortunate to have traveled to Ukraine just months before the invasion.

What I didn’t know at the time is this would be the last glimpse of normality for Ukraine, the country would never be the same.

During my weeks in Ukraine, I remember noticing how prideful Ukrainians were. They had a heavy past, and they knew it. But they were proud of their scars and they weren’t going to let anyone take them away.

I have faith that Ukraine will fight and defend their beautiful country with everything they have.

To show that I #standwithUkraine here are 46 photos of Ukraine that will make you fall in love with it.

After Ukraine kicks Russia’s butt, I hope these photos will inspire you to visit Ukraine (especially because Ukraine’s economy will need to bounce back from this!) 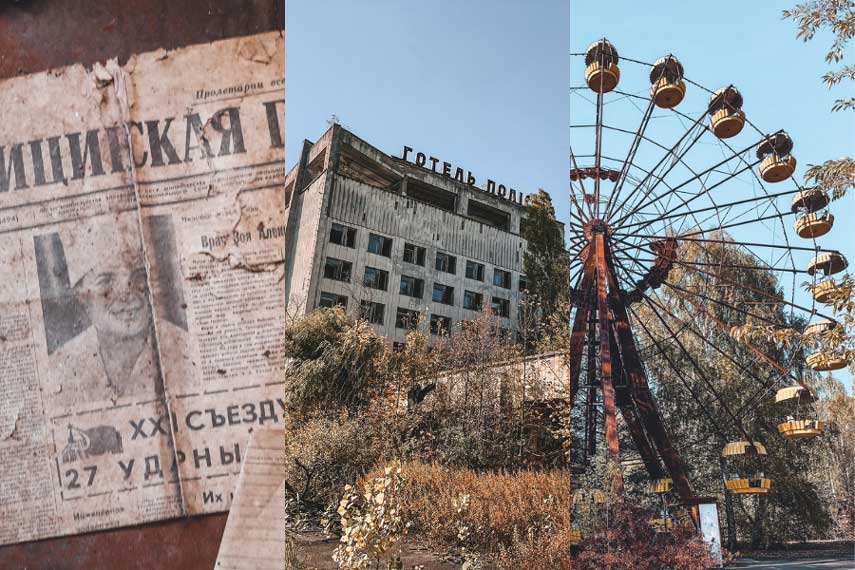 This post is all about photos of Chernobyl today.

Chernobyl today looks a lot different than it did 30 years ago.

Once prosperous Ukrainian cities; Pripyat, Chernobyl, and surrounding areas were struck by the worst radioactive disaster in history.

In just three hours, over 49,000 people were evacuated from the city of Pripyat. Many were told they would be gone for just a few days. Decades later, they have yet to return.

While most towns in the Chernobyl exclusion zone are completely abandoned, the actual town of Chernobyl is considered only partially abandoned. Today, the land is occupied by a number of residents and workers,

In this photo journal of Chernobyl, you’ll have a glimpse at all parts of the exclusion zone, not just Chernobyl town.

Here are 21 Photos of Chernobyl Today

These photos of Chernobyl were taken in October 2021.

Interested in touring Chernobyl? Check out the official tour I took here and read about my experience here.

This post was all about photos of Chernobyl today. 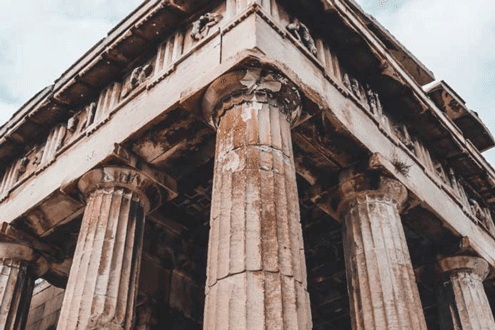 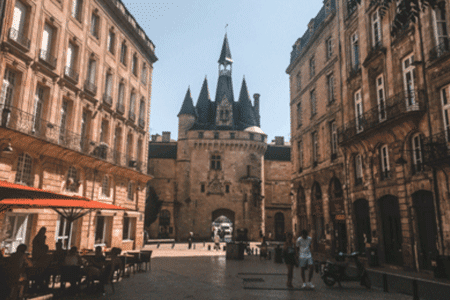 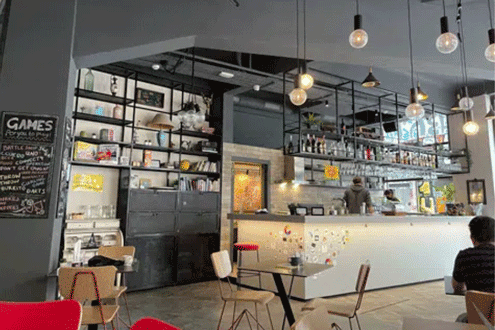 Back to the Blog 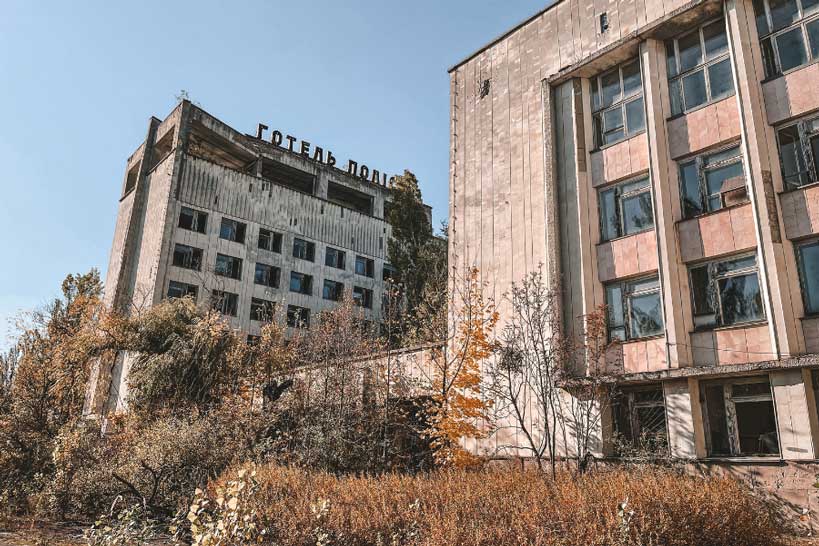 This post is all about the best Chernobyl tour.

Are you looking for the best Chernobyl tours?

Exploring a ghost town is one thing, but touring the sight of the worst radioactive disaster in history is another.

That’s why it’s so important to pick the BEST Chernobyl tour.

There is no wrong time to visit Chernobyl. However, I think early fall or spring is a perfect time.

Most of the tour is outdoors, so the winter may be too cold. Additionally, it is required to dress completely covered so your skin is not showing, so the summer months will be a bit warm.

What to Wear on Chernobyl Tours

As I just mentioned, it is required to cover your skin to minimize your contact with radiation.

You’ll want to wear long sleeves, tight long pants, and closed-toe shoes. Also, the tour is long and requires quite a lot of walking. Be sure to dress comfortably.

Plannng your trip to Ukraine?

Here’s the Ultimate Kiev Checklist FREE printable for you to take along on your epic adventure.

Which Chernobyl tour should you book?

The tour company I used and was most recommended is Chernobyl Tour. Click here for their official website and where to book.

Chernobyl Tour has collaborated with some of the most prestigious companies, including the Chernobyl HBO series.

The 1-day tour from Chernobyl Tour is about twelve hours long.

We departed Kiev at 8 am and arrived back in town shortly after 8 pm.

It’s best to not plan anything for the rest of your day because times vary on the police checkpoints in the Chernobyl exclusion zone.

What you need to know

-Bathrooms are few and far between. Ladies should bring toilet paper and prepare to squat in the woods. You will have to ask your tour guide which spots are safe to go.

-Pack lunch, snacks, and water because there are hardly any stops.

-If you wander off, your guides will leave you.

The “exclusion zone” is a designated area surrounding the Chernobyl nuclear power plant. In total, it’s 30 kilometers (19 miles) in radius and covers the areas with the highest radiation.

In order, here are the places you will visit in the Chernobyl Exclusion Zone:

The first stop on your tour will be a checkpoint entering the 30-kilometer buffer zone. You will have a quick restroom stop and time to grab a snack or coffee at the checkpoint kiosk.

Once home to over 3,000 residents that were required to leave due to the Chernobyl disaster.

Your third stop on your Chernobyl tour will be yet another checkpoint – get used to this! You’ll be entering the 10-kilometer radius at this checkpoint. Be sure to get any last-minute water, snacks, and bathroom breaks in because this is the last checkpoint for several hours.

After you pass the checkpoint, your fourth stop will be Radar Duga 1, which was the massive radar system that operated as an early-warning missile network.

The fifth stop on your tour will be an abandoned kindergarten in the village of Kopachi. This kindergarten is located on the road Pripyat and Chernobyl.

After Kopachi, you’ll stop at the place that started it all – the Chernobyl power plant.

You’ll see reactor four, which is now housed under a 2.1 billion dollar dome as of 2018. Across the road, you’ll notice the other reactors part of the complex and massive power plant.

Undoubtedly, one of the most interesting stops on the entire tour.

Pripyat is an entire ghost city that once had a population of 49,360 residents. All residents were evacuated in just 3.5 hours and thought they would only be gone for three days, but of course, they never returned.

The final stop on your Chernobyl tour is none other than the nearly abandoned town of Chernobyl.

Despite the risks, several thousand people actually live and work in Chernobyl town, which is why it’s considered “partially abandoned”.

I hope this post helps you feel more educated and know what to expect upon booking your Chernobyl tour! I felt like I went into my tour totally in the dark and would have rather been more prepared.

Overall, I would highly recommend this experience and tour company for the ultimate (and safe) Chernobyl experience.